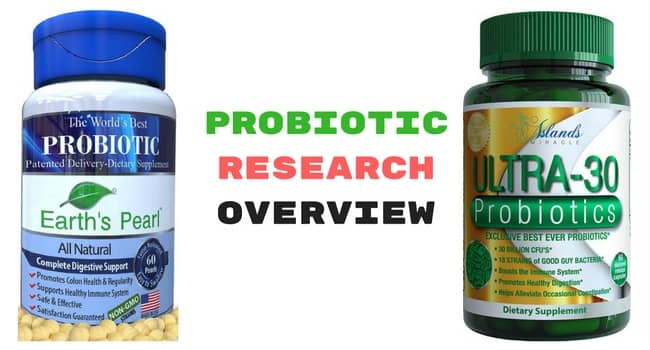 Good bacterium flourishes in our bodies alongside potentially harmful bacteria. In our mini-ecosystem, thousands of species work symbiotically with other body organisms. In other instances, they are in fierce competition for resources with alternate strains.

A probiotic organism can eat harmful bacteria or produce a metabolic byproduct of acid that makes the local conditions awful for competitors to withstand, therefore moving them out. Some bacteria can survive the acidic water slide of the stomach and make their way to the small intestine, colon or large intestine, where more favorable pH conditions are located.

There is much to learn about probiotic acidophilus and lactobacillus gg, although researchers have some wonderful leads.Allergies and asthma has doubled in America between 1980 and 2000. Some scientists believe this phenomenon is the result of over-sanitizing our environments.

They observed that there are less incidences of seasonal allergies, asthma and eczema on farms, in day care centers or homes with pets. Sanitizer has limited the amount of pathogens we're exposed to, which can diminish our tolerance for allergens, thus making us susceptible to horrible allergy attacks.

In an August 2000 Washington Post article, researchers posited that day care may even boost immunity to asthma. In Finland, a study was done involving 132 infants who were at high risk of developing eczema. Half the pregnant mothers were given lactobacillus gg, while the other half were given placebos.

The babies receiving the probiotic had 50% less recurring atopic eczema. By age 4, this group still showed less eczema. Exposure to the right kinds of microbes is believed to decrease the risk of allergic reactions later in life, although more tests are needed to confirm this hypothesis.

Diarrhea is the most scientifically-proven use for a probiotic product. In 2002, nine different studies linked lactobacillus gg and a reduced incidence of acute infectious diarrhea in children. Commonly, people taking antibiotics suffer diarrhea as a side effect.

Doctors believe the antibiotics wipe out normal gut flora, as well as the pathogenic bacteria, which causes irregularity. Probiotic products, then, can restore the natural friendly bacteria and improve regularity.

The lactobacillus gg and bifidobacterium strains often turn up as good diarrhea prevention. Researchers aren't sure if probiotic supplements can prevent traveler's diarrhea yet but it's believed probiotic foods can speed up the recovery time for Irritable Bowel Syndrome and Inflammatory Bowel Disease.

The probiotic is often recommended in women's health as well. A woman's genital area is known for having a flourishing microbiota, which should be balanced at all times. For this reason, douche cleansing products and certain types of scented gels are never gynecologist-recommended.

When her system is imbalanced, she may suffer from a yeast infection or vaginosis, which is a poor odor that leads to birth complications and increased susceptibility to infections. Lactobacilli are believed to help promote a favorable vaginal pH and to compete with unhealthy bacteria for real estate within the body. It's believed that a probiotic yogurt can reduce the likelihood of developing bacterial vaginosis.

The idea of adding more friendly bacteria to our guts is still foreign to Americans. However, Europeans and Asians have been ingesting probiotic products for decades already in the form of probiotic yogurt, cereal, milk, cheese and probiotics supplements. As of 2001, Nestlé introduced the first probiotic formula for babies, which contains the beneficial bifidobacterium lactic bacteria aimed at easing the stomachs of colicky babies.

"If you're healthy and are not planning to take antibiotics, go into the hospital, or maybe take a trip out of the country, then there is no benefit from taking probiotics," said Lynne McFarland, a microbiologist at the Veterans Administration Puget Sound Health Care System and coauthor of "The Power of Probiotics." Probiotic supplements can be found in food, powders and capsules around the world and are believed to contribute to healthy immune and digestive systems. Even so, not all Americans are convinced there are any benefits.

You may also be intetested in